What is an alpaca you may ask? 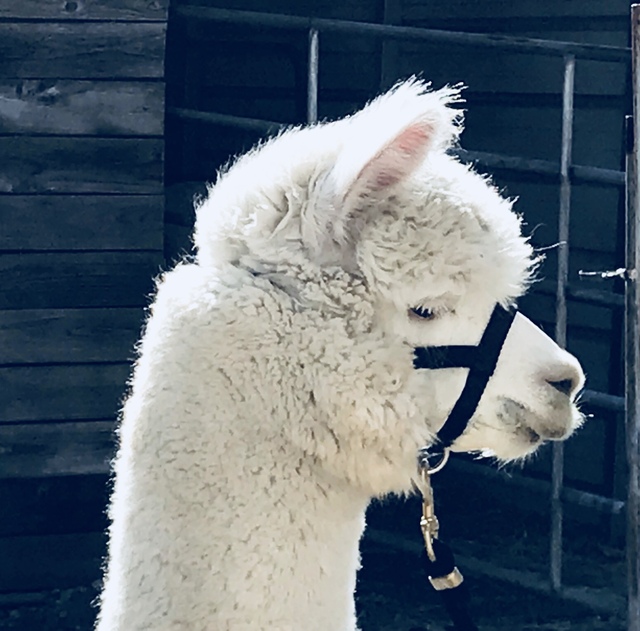 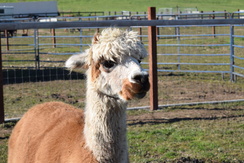 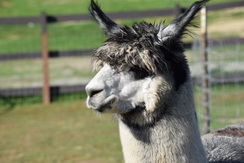 The Alpaca (vicugña pacos) is a domesticated species of South American camelid. Alpacas are members of the camelid family. The camels that most people are familiar with are the ones with humps; the dromedary of Northern Africa, the Middle East, and Southern Asia, and the Bactrian camel of China and Tibet. However, there are four other camelids (without humps) that are indigenous to South America: two of them, llamas and alpacas, have been domesticated for thousands of years; whereas the other two varieties, guanacos and vicunas, continue to roam in wild herds today.

The alpaca comes in two breed-types: huacaya (pronounced wah-KI-ah) and suri (SOO-ree). Huacayas, the more common type, account for about 90% of all alpacas, and have fluffy, crimpy fleece that gives the animals a teddy bear-like appearance. Suris, on the other hand, grow silky, lustrous fleece that drapes gracefully in beautiful pencil-locks

Alpacas have been raised as domestic livestock for thousands of years and since the end-product of alpacas is their fleece, like sheep, they are classified as livestock by both the United States and Canadian federal governments.

Alpacas mainly eat grass or hay, and not much—approximately two pounds per 125 pounds of body weight per day. The general rule of thumb is 1.5% of the animal’s body weight daily in hay or fresh pasture. A single, 60 pound bale of hay can generally feed a group of about 20 alpacas for one day. Grass hay is recommended, while alfalfa should be fed sparingly, due to its overly rich protein content. Alpacas are pseudo-ruminants, with a single stomach divided into three compartments. They produce rumen and chew cud, thus they are able to process this modest amount of food very efficiently. Many alpacas (especially pregnant and lactating females) will benefit from nutritional and mineral supplements, depending on local conditions. There are several manufactured alpaca and llama feeds and mineral mixes readily available; consult with your local veterinarian to ensure you are feeding the appropriate diet for your area. Alpacas also require access to plenty of fresh water to drink.

Alpacas have two sets of teeth for processing food. They have molars in the back of the jaw for chewing cud. But in the front, the alpaca has teeth only on the bottom and a hard gum (known as a dental pad) on the top for crushing grain, grass, or hay. Unlike goats and sheep that have long tongues which they sometimes use to rip plants out of the ground, alpacas have short tongues and nibble only the tops of grasses and other plants, resulting in less disturbance of the vegetation. However, alpacas are also browsers and will often eat shrubs or the leaves from trees if given the opportunity. This requires monitoring to ensure they do not consume harmful products.

Alpacas are raised for their soft and luxurious fleece (sometimes called fiber). Each shearing produces roughly five to ten pounds of fleece per animal, per year. This fleece, often compared to cashmere, can be turned into a wide array of products from yarn and apparel to tapestries and blankets. The fleece itself is recognized globally for its fineness, softness, light-weight, durability, excellent thermal qualities, and luster.

In addition to selling the fleece and the animals, many alpaca owners operate a retail store selling alpaca end-products—either on or off their farms. Products are sold directly to consumers at their store or over the Internet. Many also sell alpaca products through craft fairs, farmers markets, and retail sites. Sales of these end-products can provide considerable supplemental income to alpaca owners.